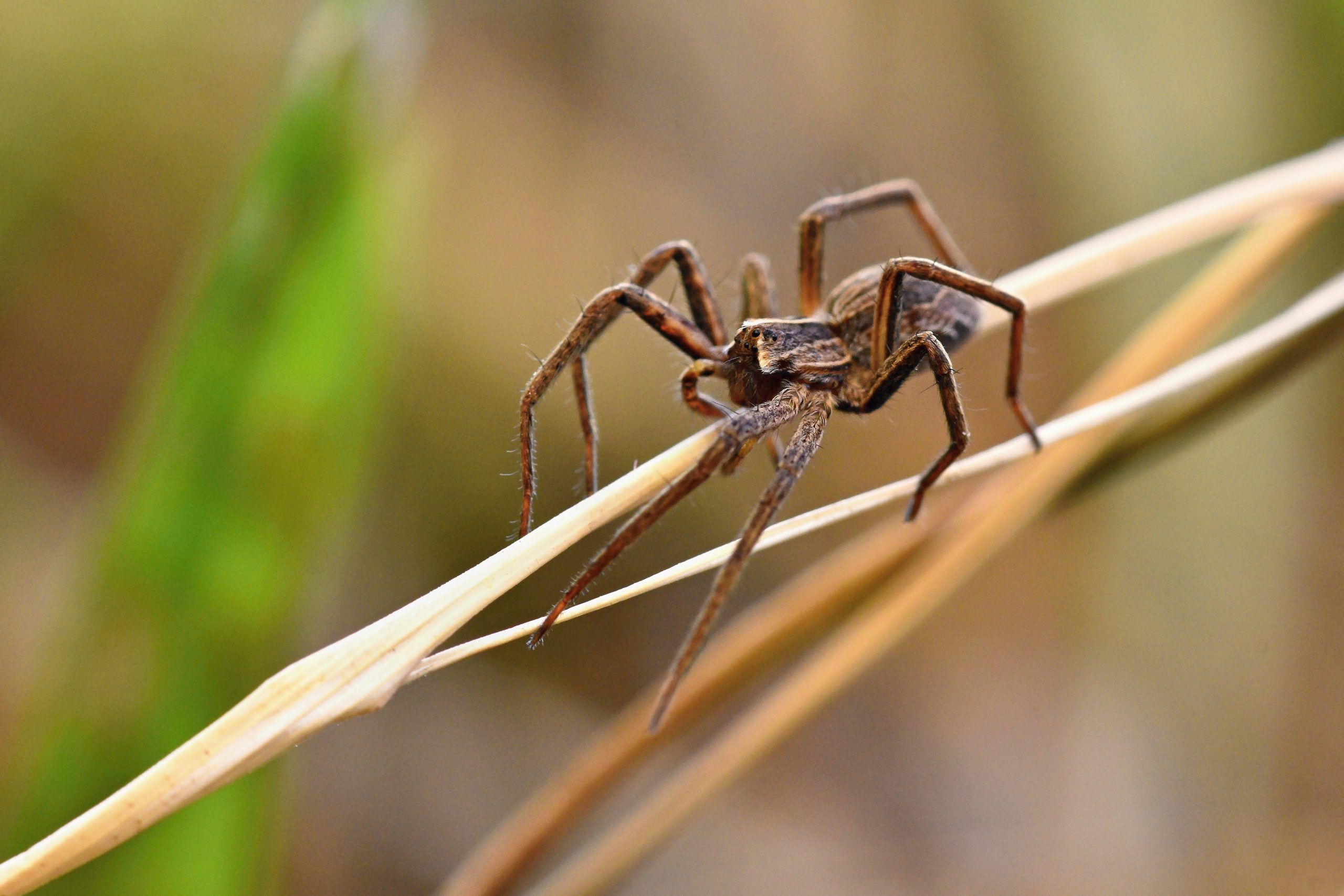 These spiders are often found in dark and damp spots of the home. They can be identified by their mix of brown, orange, black and grey colours along their skin. They have four small eyes, two larger eyes in the middle, and the back row of their eyes consists of a pair of medium-sized eyes that face off in opposite directions. They are also nocturnal and hunt at night. They also nest in leaf litter, grassy areas, and small tunnels. Wolf spiders also prefer to be alone, so homeowners don’t need to worry about multiple wolf spiders infesting their home.

In fact, wolf spiders can be beneficial. They often control other, more harmful pest populations in their area. To prevent them from invading, take steps to clear debris from your yard, seal off any trash bins and clear out any moisture buildup. Despite their friendliness, wolf spiders will bite if they are trapped or handled next to human skin. Luckily, they aren’t poisonous. Their bite will hurt but feel more like a pinch or a sting rather than anything harmful.

These spiders are also unique in that they do not actually build webs to trap their prey. They are also most likely to enter a home in the fall when the temperature decreases, as they are attracted to warm places. However, they are also similar in appearance to brown recluse spiders, which are incredibly poisonous. If in doubt, contact Pestward to see if an expert can find what you need.

Jumping spiders are another common species found within Windsor-Essex County. These types tend to live within an envelope of web called a retreat. This is different from most species as these retreats are looser and less intricate compared to other spider species. These retreats are never used for hunting, but rather as shelter and for protection. It is usually easier to spot jumping spiders during the day, as they tend to hunt during the day.

They are known to nest around well-lit areas like windows and doors. To identify this kind of spider, looking for fast reactions, high jumps and quick crawling. Another way to identify a jumping spider is by their compact body shape. They only have four large eyes that face outwards. Their colour tends to be black, brown or tan. Some species of jumping spider have even more colourful markings on their bodies like green or blue. They can range from 4 to 20 millimetres in size.

The easiest way for jumping spiders to infiltrate your home is through small openings into it. These can include tiny gaps and holes or noticeable cracks in your home’s foundation. As such, maintaining your home by filling the cracks and general upkeep is the best way to keep them out. Much like a wolf spider, jumping spiders can also be helpful for keeping insects out of your home. They also tend to flee when threatened rather than attack. Despite this, their rapid movements can be worrying to some as well.

House spiders themselves vary greatly in terms of appearance. They can be every colour from white to black, Incredibly long or very tiny. On average, they measure about 6 mm to 8 mm and are roughly 3 mm wide. Other ways to identify house spiders include a brown, yellow-like colour on the spider’s abdomen or comb-like hairs on the legs. The best way to detect an infestation is through spotting cobwebs in areas like windows, corners of ceilings or in and between various house fixtures. An unusually high amount of spider corpses is also a good indicator of a possible infestation.

To keep house spiders out, some of the best methods include cleaning indoor areas where they would build nests, and closely watching basements and crawl spaces. Areas in the house like these are where these animals tend to nest the most. Another area of the home to watch out for are wood piles or compost piles adjacent to the home. House spiders like these kinds of areas to nest.

The average female American house spider is able to produce light-brown egg sacs that typically take about a month to hatch. Each sac in turn contains roughly 150 to 400 eggs that can repopulate. On average, house spiders can live for about a year and produce thousands of other spiders. Taking these steps to remove these spiders from your home as soon as you notice an infestation could mean the difference between a close call and a call to Pestward.